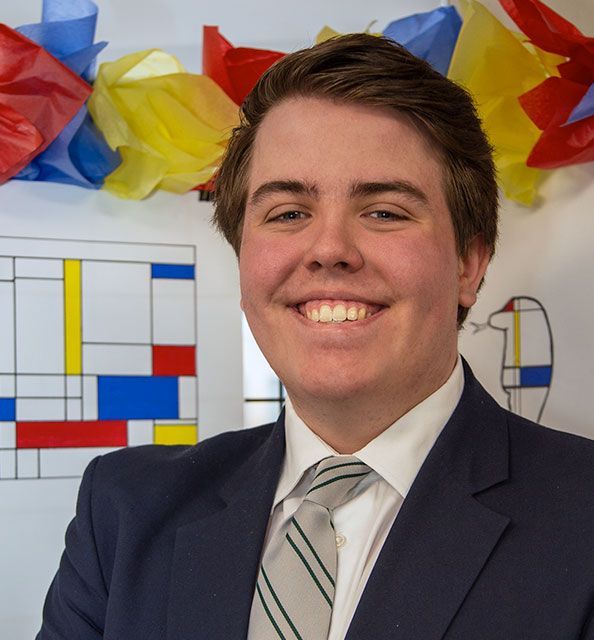 We Can All Be The One

2/19/2020
By Grade 12 Student Michael Farkouh
School is a great place to learn and better oneself. However, this can only happen when we all support and stand up for each other. That’s why I am excited to be part of an initiative at Crescent that encourages us all to be “upstanders” against bullying.
Many see bullying as a “natural” part of growing up. Like many others, I have been bullied, I have witnessed bullying and I have felt guilty being a bystander. I thought there had to be a better way. Two and a half years ago I decided to do something and discovered through research that millions of kids are bullied every week and that bystanders are present in more than 90% of bullying circumstances. Bystanders often feel shame even decades later and many people list bystander inaction as a major life regret.

The research is clear that being bullied, being a bystander and even being a bully, all lead to mental health issues such as depression, anxiety, cutting behavior, eating disorders and even suicide. Cyberbullying has dramatically compounded the problem. Yet if just one bystander would intervene, the vast majority of bullying instances would stop, and so I created the anti-bullying initiative Be The One (BTO), to encourage kids to be that one upstander, rather than a bystander. You do NOT and should NOT physically intervene, but, if you witness bullying, it only takes a simple “stop” or “hey” or “quit it” to diffuse the negative pent-up energy of a situation. BTO also reminds us that Tattling Means Trouble, Telling Means Help, to encourage Crescent students to tell someone or get help from an adult if they witness bullying. Crescent is now modeling the work of Stanford University’s Heroic Imagination Project to reduce bias, build healthy mindsets and simply be kind to each other.

Pink Shirt Day was started over a decade ago in Nova Scotia to symbolize standing up to bullies. Now there are Pink Shirt Days in more than 180 countries. Here at Crescent we are celebrating Pink Shirt Day on February 26 to show our support for one another and to show our courage to be upstanders rather than bystanders.

It only takes ONE of us to Be The One, and together we can make a difference!


Read about Dr. Zimbardo's praise for Be The One