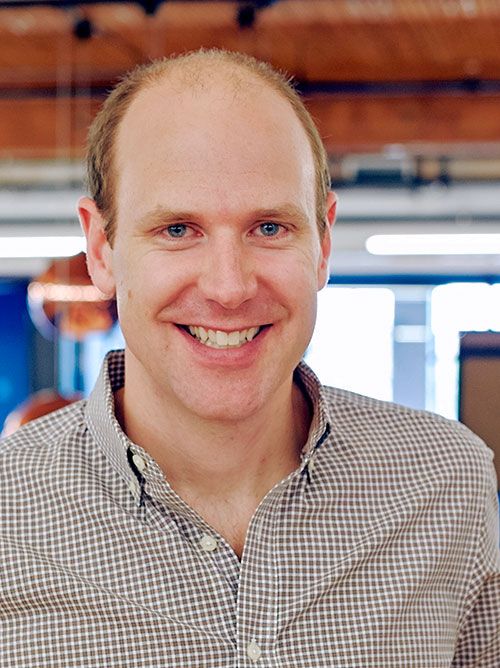 9/11/2018
Mike is the co-founder and CEO of FreshBooks.
Mike McDerment ’94 has built FreshBooks into the world’s number one cloud-based accounting software company for self-employed professionals. Toronto Life magazine listed him as one of the 20 most brilliant tech innovators in 2017, and the Toronto Region Board of Trade named him its 2017 Business Leader of the Year. Despite his hectic schedule, McDerment is keenly involved in Crescent’s mentoring program. He was also the featured speaker at a recent Alumni Breakfast event in Toronto.

McDerment says FreshBooks was inspired by his one experience as a small business owner.

"In 2003, I was running a small web design firm and using Word and Excel to bill my clients," he says. "When I accidentally lost an invoice, I knew there had to be a better way to create simple, professional-looking invoices. That's when I created a cloud-based system that became FreshBooks."

McDerment is a recipient of Crescent School's Alumni Excellence Award, which honours alumni who have distinguished themselves in their professional careers, personal endeavours and community service.
Back