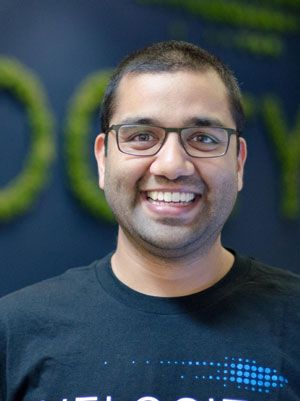 He is a recipient of Crescent School’s Young Alumni Excellence Award, which honours alumni who have distinguished themselves in their careers within 15 years of graduating from Crescent.

How Crescent Influenced His Life

“My most memorable experiences at Crescent were around the extra-circulars I was involved in; the robotics team being the biggest stand-out by far. Having the opportunity, flexibility and resources to use technology to build, make and create shaped the next decade of my life. Those moments were the seeds of resilience, grit, persistence and scrappiness that I had the good fortune of growing further after Crescent and are ultimately a huge part of my post-Crescent journey; I look back on that experience and see an incredibly valuable life springboard.”
Back