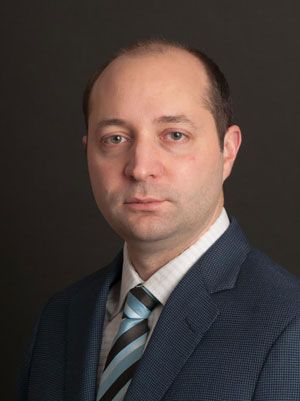 7/12/2017
Jay is committed to serving Crescent's alumni community.
A member of the Alumni Executive since 2011, Jay Mansoor '92 worked with Crescent’s Advancement office to create the Alumni Internship Program (AIP) in 2012. Since then, it has grown steadily into one of Crescent’s signature alumni programs. As of 2016, 53 young alumni had been placed into summer positions through the AIP, and nine of those positions became full-time jobs.

Mansoor is a recipient of Crescent School's Alumni Community Leadership Award. It honours alumni who have demonstrated tremendous volunteer service to Crescent School.

How Crescent Influenced His Life

“One of my poignant memories of Crescent was the leadership of former Headmaster Mr. Tansey. When I was in Grade 7, Crescent embarked on its first major fundraising campaign. They had an audacious goal of, I believe, $5 million and they had a “thermometer,” drawn in marker, outside the staff room door to record their performance. I thought they were crazy and that this goal was unattainable. Seeing Mr. Tansey run around the school, always with a smile, nodding to every kid he passed, while the thermometer level kept increasing until he reached his goal, taught me a strong lesson in leadership.”
Back