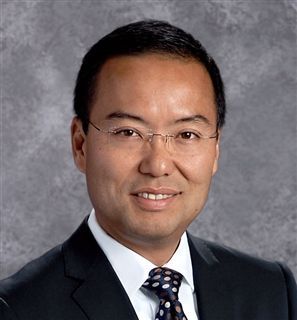 Building Character on the Business Team

12/15/2016
By Gavin Muranaka, Business Team Faculty Advisor and Head of Business Studies
Some months ago, my colleagues and I asked the Upper School students on the Business Team how they thought their activities contributed to character – particularly qualities of grit and resilience that make up performance character. One student’s answer has stayed with me.
The student, a former leader and CEO of the Business Team, was a popular, well spoken, highly polished presenter who competed at the international levels of DECA, a high school business competition. However, he told us, this was not always the case.

He said that in Middle School he was, if I was to paraphrase, a “nobody.” Most people wouldn’t even have known his name, he told us, because he was shy, very quiet and a poor speaker. Graduating into the Upper School, he decided to participate in DECA in his Grade 9 year. That fall he competed at the DECA Regional Competition. While others around him qualified for the provincial competition, he did not. Devastated, this student could have quit and never competed again at DECA.

Instead, he drew upon the grit and determination he needed to practise his presentation and critical thinking skills, studied intensely for the content exam, and returned the following year, resolved and ready. At the DECA Regional Competition, his team qualified for the Provincials. They worked incredibly hard to prepare for the challenge. At Provincials, competing against approximately 200 teams in their category, they finished first overall – an incredibly impressive feat that qualified him for the international-level competition.

What I learned from his story is that the Business Team does more than inspire a passion for business. It puts our students into challenging situations that allow them to develop their character. That student told us that the Business Team made him who he was, that it taught him that determination, hard work and grit can overcome huge obstacles. The Business Team gave him confidence, helped him socially, and greatly improved his communication and presentation skills.

Character-building moments happen throughout Crescent – on the fields, in the classroom, the theatre, the Robotics lab, on Outreach trips and even on the Business Team.