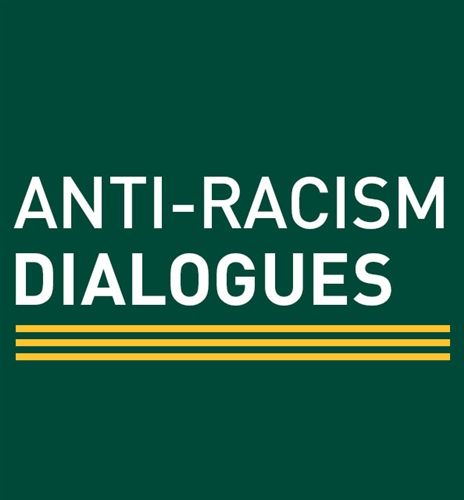 6/25/2020
As Black Lives Matter protests filled the news in late May and early June 2020, Black students and staff at Crescent School shared their stories, so their classmates and colleagues could listen and learn from their experiences.
Crescent’s Diversity Professional Learning Circle (PLC) organized four anti-racism dialogues, held via Zoom from June 8 to June 11. They were open to Middle and Upper School students, faculty and staff, with the understanding that the primary speakers would be people of colour.

“Because it was a racial issue, the voices that needed to be heard were those of our Black students,” says David Grant, Dean of Studies at Crescent. “It was so important to give people the opportunity to listen to other people’s voices.”

Kai Gairey, a member of Crescent’s Black Students Alliance who will be in Grade 12 next year, said the dialogues were helpful to him. “We can say things and get them off our chests,” he said. “Even though we are privileged to go to a great school such as Crescent, there’s still a sense of separation. Other students are not fully aware of the things that we as Black students, a minority, encounter on a day-to-day basis.”

The initial dialogue centred on the Black students’ reactions to the news stories of protests against racism and injustice. The other dialogues covered topics such as stereotypes around student aid recipients, how Black students are seen as different from “typical” Crescent boys, and cultural appropriation of Black music and fashion.

The dialogues were important for building empathy based on a better understanding of what Black students and teachers have experienced, says Sheryl Murray, Crescent’s Director of Outreach.

One question that came up from non-Black participants in the dialogues was, “How can we personally support you?” Murray says this well-intentioned question can put a lot of pressure on the person answering. When people ask her, she sometimes feels she must provide an informed, well-thought-out response. “Sometimes, I don’t have an answer for that person other than, keep doing what you have been doing, but I don’t want to be silent, or fill the space with nonsense.”

When people ask what they can do, Gairey recommends: “address racism if you see it anywhere, keep spreading awareness, and most importantly, educate yourself first before you start to educate others. It’s a large commitment but if people are really serious about this issue, then that is what is required.”

For student Tega Ajise, who will be Head Boy in 2020/2021, the dialogues caused him to reflect on why racism takes root. “It is not a matter of Blacks versus Whites, but it is more a matter of love versus hatred, ignorance versus awareness, empathy versus apathy and action versus inaction. Racism thrives because people have moral differences that allow physical differences to become an issue. Racism is just another word for evil, and that is an enemy that we all have in common regardless of race.”

“I’m incredibly grateful that the speakers were willing to be vulnerable and to share their lived experiences with us,” says Shai Kohen, a Crescent social worker who co-chairs the Diversity PLC.

Faculty member and Diversity PLC co-chair Sean DeZilva says the work of understanding and combating racism isn’t complete. The next steps, he says, are to do “what we always should have been doing: having uncomfortable conversations more frequently.”

The Diversity PLC has proposed an anti-racism action plan for Crescent, which includes guiding principles, the creation of a Diversity Standing Committee with representation from different departments, and monthly conversations about racism and discrimination that include an opportunity to listen to relevant speakers.

Murray is glad the conversations about racism will continue. “These are conversations that we need to have and we need to open up the space for them to happen,” she says. “We need an openness to something different than what we have in order to move forward.”

“We have these dialogues to not only talk about our lives and how we may feel as Black people within the Crescent community, but to educate and help inspire others to actually get motivated, and hopefully develop a more diverse school,” says Gairey.
Back